M.A.D. Pride is an international movement celebrating M.A.D.  Culture.  The M.A.D. is an acronym for Making a Diference or Movement Against Discrimination

It’s hard to pinpoint exactly the first known ‘Mad Pride’ gig in Australia, although several key names emerge that were influential in organising MAD Pride events. These people were active participants within the consumer movement, (a consumer is a person who accesses mental health services).

People such as Arana Pearson, a musician from New Zealand, Ron Coleman an educator an activist from Scotland, Douglas Holmes OAM (NSW), Lynda Hennessey (NSW) and Faye Jackson (NSW) were organising events as far back as the early 2000’s. Faye Jackson, a former Mental Health Commissioner of NSW and current General Manager Flourish NSW recalls organizing Mad Pride comedy nights and concerts in Nowra and Sydney some 20 years ago.

Douglas Holmes OAM and Lynda Hennessey (NSW) were organising MAD Pride events during 2003 at mental health conferences and events. The ‘Inspire Gig’ at the Bradman Theatre, for the Mental Health Services Conference, took place that year. Understandably, many in the consumer movement at that time took great offense to the term ‘Mad Pride’.

Sometime after 2003, a trademark application for the name ‘Mad Pride’ in the arts /performance category went through Intellectual Property Australia unchallenged. The use of ‘Mad Pride’ seemingly disappeared for many years because consumers couldn’t afford or understand licensing arrangements.

The trademark expired in 2014 and was reapplied for in 2018: the trademark owner encourages groups to use the name Mad Pride and do so without entering into drawn-out negotiations with the registered owner. A working group has been formed to guide how Mental Health Consumers from across Australia can benefit from the Trademark. More information pm@supercro.com 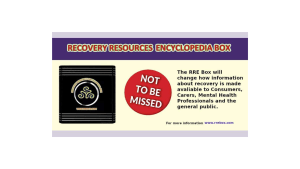